We are pleased to announce inauguration of Motwani building on December 19,2014. It will be a day long workshop named as "Directions in Computer Science: A workshop in commemoration of Rajeev Motwani".Some of Motwani's former students who are now well-known, and some distinguished names are being invited to give talks. 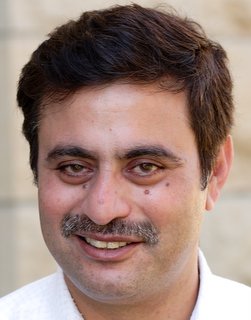 Mrs Asha Jadeja Motwani, wife of Late Professor Rajeev Motwani, and their daughters have donated an amount of $1.5 million on the occasion of the 49th birth anniversary of Rajeev on March 24th, 2011. The donation is towards the construction of the Rajeev Motwani Building at IIT Kanpur; the Building will house activities of the Department of Computer Science and Engineering, and will also house activities for nurturing entrepreneurship and innovation in the areas influenced by Rajeev's work. The donation also marks the start of a collaboration between the Rajeev Motwani Foundation and IIT Kanpur to help student and faculty entrepreneurs collaborate on transforming innovative ideas and technologies into successful enterprises.

Rajeev Motwani did his BTech in Computer Science and Engineering in 1983 from IIT Kanpur, after which he went to the University of California, Berkeley for his PhD which he completed in 1988 under the supervision of Professor Richard Karp. Rajeev then joined the faculty of the Department of Computer Science at Stanford University. He passed away on June 5, 2009 at the age of 47.

Rajeev was a brilliant researcher who made fundamental contributions to many areas: randomized algorithms, computational complexity, approximation algorithms, data mining, mathematical modeling of the world-wide web etc. Rajeev was one of the group of five researchers who gave the world the PCP theorem, one of the most stunningly beautiful and deep results of the modern era. It is this contribution for which Rajeev was awarded the prestigious Godel Prize in 2001. He was awarded the IITK Distinguished Alumnus Award in 2006.